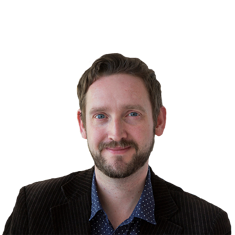 Reader in Cognitive Psychology
School of Psychology and Computer Science

John contributes to teaching and project supervision in the areas of Cognitive and Environmental Psychology. He has particular expertise in distraction and attention and serves as Chair of Team 4 ‘Effects of Noise on Performance and Behavior’ for the International Commission of the Biological Effects of Noise (ICBEN). John is also an Action Editor for the Journal of Cognitive Psychology. He supervises postgraduate projects on attention and distraction, face recognition and the cognitive psychology of climate change.

John publishes widely in Distraction and Attention, Face Recognition and Environmental Psychology. He has received research funding from the Swedish Research Council, British Academy and the Leverhulme Trust. His work on auditory distraction and creativity was the basis of a Scientific American podcast.

John undertook his BSc (hons) degree in Psychology with Biology and the University of Abertay, Dundee before commencing a PhD in Experimental Psychology at Cardiff University under the supervision of Professor Dylan M. Jones, OBE. He received his PhD in 2007 and worked as a Postdoctoral Research Associate on three ESRC-funded projects: ‘Attentional Selectivity and Semantic Memory: Studies of Auditory Distraction’ (with Dylan M. Jones, William J. Macken, and Robert W. Hughes); ‘Verbal Short-term Memory: Primitive or Parasite?’ (with Dylan M. Jones, Robert W. Hughes, and William J. Macken); and ‘Auditory Distraction during Semantic Processing: A Process-oriented View’ (with Dylan M. Jones and Philip C. Beaman). Towards the latter end of 2011, John took up a Visiting Researcher post in Environmental Psychology at the University of Gȁvle in Sweden. Working closely with Professor Patrik Sörqvist, he extended his theoretical work on auditory distraction and short-term memory into the applied setting, while also considering the effects of eco-labelling on product judgements. John returned to the UK in March 2012 taking up a position as a Research Associate at the University of Central Lancashire and then as a Guild Research fellow in January 2013. He began to work closely with Professor Charlie D. Frowd on facial composite production and with Professor Linden J. Ball in the domain of attentional processes and their role in creativity and problem solving. This work has led to two successful Leverhulme Trust grants. John also established a research collaboration and Erasmus partnership with Heinrich-Heine University in Düsseldorf, Germany, working with Dr Raoul Bell, Dr Jan Röer and Professor Axel Buchner. John’s stay at the University of Central Lancashire has been punctuated by working as a Tutor at the Open University, a research visit to Université Laval (Canada), and a short stint as Researcher at the University of Gȁvle (Sweden) where he worked closely with Professor Sörqvist and Dr Mattias Holmgren on the ‘Negative Footprint Illusion’ in judgements of carbon footprint. John was promoted to Reader in Cognitive Psychology in January 2020 and has since pursued an interest in eye-movements during reading and psychophysiological measures of distraction with Professor Simon P. Liversedge, Dr Federica Degno, Professor François Vachon and Dr Alexandre Marois. John maintains close relations with the Environmental Psychology Group at the University of Gȁvle and is currently an Honorary Professor at Luleå University of Technology working with Professor Jessica Ljungberg, Dr Daniel Sörman and Dr Mariana Vega-Mendoza on projects related to ‘Healthy Aging’. John has supervised two MRES students (Matthew Kershaw and Stuart B. Moore [now PhD student at the University of Keele) and four PhD students (Tanya Joseph, Jingqi Yang, Rachel Thorley and Rona Linklater) to completion as Director of Studies and was second supervisor to three additionally completed students (Niklas Halin, Ann Winsper, Cristina Fodarella). He is currently Director of Studies for four PhD students (Laura Campbell, Mikaela Worthington, Sophie Adamson and Zoe Littlefair) and second supervisor for one MRES student (Mollie Wilson) and three PhD students (Clare Ford, Leanne Horvath and Gbemisola Banjoko).

Part of John’s research concerns the cognitive psychology of selective attention and how this capacity to select environmental stimuli relevant for one’s current goal is compromised by the presence of other goal-irrelevant environmental stimuli. He investigates the type of memory processes used to accomplish goal relevant behaviour and how this interacts with various properties of the background environment in determining the susceptibility or invulnerability of performance to distraction. In this context John’s work also seeks to explore contextual factors (e.g., how difficult a task might be) and difference variables (e.g., a stable disposition for attentional control) that serve to counter some forms of distraction. His recent research explores the cognitive (neuro)psychophysiology of distraction exploring brain mechanisms and psychophysiological responses that offer a window onto some forms of auditory distraction. Further, he has recently been exploring the impact of auditory distraction on reading behaviour as gauged by eye-movement measures. John’s work on short-term memory focusses on the explanatory reach of the dominant view of the cognitive architecture purportedly dedicated to short-term storage functions and the capability of an alternative view, based on general-purpose perceptual and motor skill, to explain benchmark phenomena of short-term memory. John’s research on problem solving and creativity investigates the role of attentional processes in the solution of verbal or spatial problems that purportedly tap insight or non-insight processes. His work on recognition and effective production on facial composites explores the role of selective attention and cuing. In the context of Environmental Psychology, John’s research seeks to determine psychological barriers that impair accurate judgements of environmental impact and the underpinnings of eco-labelling effects, whereby judgmental dimensions are affected by labelling a product as eco-friendly and/or genetically modified.