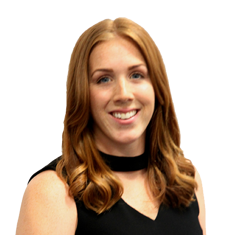 Hollie is a Senior Lecturer in Psychology, with expertise in Sport and Exercise Psychology. Hollie's research focuses on decision-making and pacing strategies during endurance performance. More specifically, previously published work has explored how visual feedback and the presence of competition influence attentional focus, cognitive processing and perceptual responses during exercise performance. Recent projects have utilised novel eye-tracking techniques to further investigate the interplay between these cognitions and performance decisions as well as exploring the importance of expertise.

Hollie is the Module Leader for the UG Psychology Project module and Psychology Placement module as well as the Year Tutor for Level 6. She supervises research projects at BSc, MSc and PhD level and contributes to teaching across Levels 3-7 on Sport and Exercise Psychology, Research Methods, Health Psychology and Clinical Psychology modules. Hollie’s research has been published in high impact journals including the International Journal of Sports Psychology, Frontiers in Physiology and Sports Medicine and has also been presented at international conferences.

Hollie graduated with a first class BSc (Hons) in Sport and Exercise Science from the University of Cumbria in 2012 with the highest APM in her cohort (83%). She then commenced a PhD in the field Sport and Exercise Psychology at Edge Hill University and completed this within two and a half years. Hollie was also awarded a Fellowship of the Higher Education Academy during her time at Edge Hill and worked as a Graduate Teaching Assistant. Hollie’s PhD explored the effects of feedback deception on pacing strategies, perceptual responses and performance in cycling performance and several papers were published before the PhD was completed. Prior to joining UCLan in 2016, Hollie briefly worked as a Teaching Fellow in Sport and Exercise Psychology at the University of Leeds gaining further experience of teaching and project supervision.

Hollie led a project on the placebo effect in 2018, recording an experiment for a BBC Horizon documentary titled ‘The Placebo Effect: Can My Brain Cure My Body?’ which was also followed by interviews on BBC Radio 4, BBC Five Live and BBC Radio Lancashire.

Hollie’s research focuses on the mechanisms of pacing strategies during endurance performance, particularly exploring how feedback influences attentional focus, cognitive processing and perceptual responses during exercise. This research is interdisciplinary, investigating psychological as well as physiological factors which are integrated to inform pacing decisions.