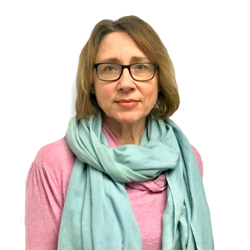 Dr Christine Barter is Professor of Interpersonal Violence Prevention and Co-Director of the Connect Centre for International Research on Interpersonal Violence and Harm. Her research interests include children and young people’s experiences of peer violence and abuse, institutional abuse, prevention of violence, domestic violence, research ethics and the integration of childhood studies and gendered power theories. She has led on a range of national and international research projects, most recently focusing on violence prevention. Christine supervisors a range of PhD students.

Christine is an nationally and internationally recognised expert in child and family welfare having led and managed over 20 research projects over the last 20 years. Christine's research interests fall into four interconnected areas: Young people’s experiences of violence and abuse in their intimate relationships; Looked after children; Evaluations of services for children, parents and families, including families with complex needs; and Evidence reviews. She has published widely on these issues.

Christine has been involved in a range of advisory roles including: