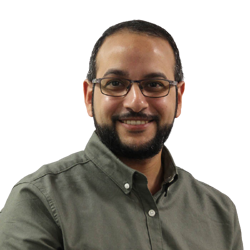 Senior Lecturer in Advanced Manufacturing and Industry 4.0
School of Engineering
0

Ahmad's research area covers materials laser processing including additive manufacturing, laser welding and cleaning for industrial applications. He closely worked on a number of projects with national industrial partners such as Jaguar Land Rover, Advanced Laser Technology ltd, InnovateUK and international partners including China Railway Corporation and others. The successful completion of the projects led to the application of the developed technology into the partners’ industrial production lines.

Ahmad has published many research articles in many international peer-reviewed journals and presented in many international academic and industrial conferences. He is currently leading the BEng and MEng Manufacturing Engineering programmes, and he organises and runs the Operations Management CPD course which has attracted more than 300 international students and £300k so far. He also supports the manufacturing and motorsports clubs in which students and staff work on various engineering and additive manufacturing projects. UG and PG projects offered by Ahmad have been competitive and attract a large number of students each year and one of his students won the “School Prize for the Best UG Project” in 2019.

Ahmad is a member of the IET and the IMechE and he joined UCLan in 2017 after completing his PhD in laser welding of light-weight alloys from the University of Manchester (UoM). In 2016, he was nominated for the prestigious President’s Distinguished Achievement Award for his exceptional and dedicated work at the Faculty of Science and Engineering at UoM. After completing his MSc. Degree (with Distinction) in 2012 in Advanced Manufacturing Technology and Systems Management from UoM, he worked in the industry for more than four years for different employers including Jaguar-Land Rover (working on launching the Discovery vehicle) and Advanced Laser Technology Ltd. He worked during this period on various publicly- and privately funded projects (NATEP, InnovateUK etc.) for developing cutting-edge technology for laser additive manufacturing, welding and cleaning processes. In addition to the technical work, Ahmad set up a new materials laboratory at JLR and established the H&S, COSHH and risk assessments procedures and provided a practical training on laser processing to many staff members. Ahmad also established a weld-repair standard that was used as a repair guidance for defective parts produced. During his work in the industry, Ahmad was also responsible for conducting internal audits in the department to ensure a continuous adherence to the ISO 9001 and 14000 standards.

Ahmad is a member of the Engineering Research Centre and has been actively involved in many research projects including:

Beside the experimental work, Ahmad is investigating the modelling of the heat and mass transfer phenomena using Smoothed Particles Hydrodynamics (SPH). His rigour and novel SPH model, which modelled Aluminium laser ablation, is being used to investigate different laser processing phenomena.