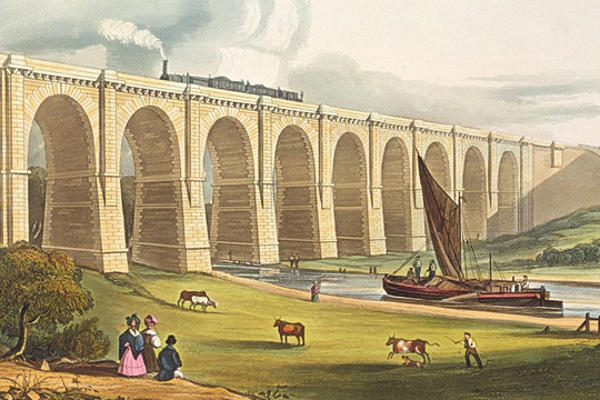 History at UCLan ranges internationally. Research on the twentieth-century world covers the Unites States, Germany, and Asia, and topics of international scope such as Jewish history and public history.

The Cuban Missile Crisis, 1962; British and US foreign policies during the Cold War; the institutions of diplomacy. (Jonathan Colman).

Dalit History and Politics in 19th and 20th-century Western India; Buddhism, Society and the State in 19th and 20th century Asia and the Asia-Pacific. (Philip Constable)

Modern Germany; commemoration of the holocaust and Nazism. (Caroline Sharples)

Dr Alix Green organised a public engagement event at UCLan in September 2016, ‘Europe at the Crossroads – history and memory at the sharp end of politics’

Dr Caroline Sharples co-organised a one day workshop entitled ‘New Directions in German History’ to be held at UCLan on 16 September 2016.

A one-day symposium on ‘Britain and the Easter Rising’ was held at UCLan on Friday 9 Sept 2016, it brought together new and leading historians on the Dublin Easter Rising and its consequences against the backdrop of the First World War. Convener: Dr Máirtín Ó Catháin, with the support of the AHRC First World War Co-ordinating Centre at the University of Hertfordshire.

Dr Jonathan Colman, Senior Lecturer in History, specialises in the study of British and American foreign policies, the Cuban Missile Crisis of 1962, and the institutions of diplomacy. His latest monograph is The Cuban Missile Crisis: Origins, Course, and Aftermath (Edinburgh University Press, 2016), which presents the crisis as a global event with complex legacies. He has also published numerous articles in leading peer-reviewed journals, and is a contributing editor to the forthcoming four-volume Routledge.

Dr Billy Frank is Senior Lecturer in History. He first travelled to Africa in 1952. He researches the impact of colonial economic development in British Africa in the twentieth century, and also has an interest in business history. Recent articles: ‘The ‘private’ face of African development planning during the Second World War’ in Developing Africa ed. J. Hodge et.al. (Manchester University Press, 2014), and (with Maria Sienkiewicz) ‘An eagle eye: Africa in the 20th century as viewed through the archives of Barclays Bank’ African Research and Documentation, Jan. 2015.

Dr Philip Constable, Senior Lecturer in History, works on modern Asia and the Asia-Pacific, with a particular focus on the history and politics of South and South-east Asia. His main research interest focuses on Dalit history, culture and politics in 19th and 20th-century India. He is also involved in an inter-university research project on Buddhism, society and politics in Asia and the Asia-Pacific. His latest articles are ‘Alexander Robertson, Scottish Social Theology and Low-caste Hindu Reform in Early 20th-century Colonial India’, Scottish Historical Review, October 2015, and ‘Sitting on the School Verandah’: The Ideology and Practice of Untouchable Educational Protest in Late 19th-century Western India’, in Caste in Modern India, (Delhi, Permanent Black, 2013).

Dr Niki Alsford is Reader in Asia Pacific Studies at the School of Humanities, Language & Global Studies at UCLan. Dr Alsford welcomes proposals for doctoral research on Asian Pacific history and society. Prior to joining UCLan, Dr Alsford was Research Fellow at the Oriental Institute, Czech Academy of Sciences as part of a research project titled: Power and Strategies of Social and Political Order of which his contribution was primarily the continuation of his work on comparative Taiwan social history. A core part of this project explored the formation and development of urban spaces in the Asia Pacific region.

Dr Mark Toogood is course leader of the geography programmes. His research interests currently focus on the following: a) historical geographies of science, the environment, the state and society; b) the history and effects of science in East Africa; and, more broadly, c) the relationships between expertise, lay knowledge and non-humans.

Dr Jonathan Westaway's research focusses on the histories of mountaineering, mountain environments and exploration and is strongly interdisciplinary, drawing on insights from cultural geography and anthropology and involves working in collaboration with archivists, curators, artists, festivals and communities. His recent research examines British imperial leisure cultures, knowledge practices and mountain environments in India and Central Asia c.1850-1947 and their representation in travel writing, photography and film.