Our Film and Media staff specialise in European cinema, European and British popular music, and the interface between tourism, heritage and the media, and Marxist critique.

Our staff have been awarded a number of British, American and European Research Fellowships by such bodies as the AHRC, the British Academy, the Leverhulme Trust and, the Polish History Museum, the Polish Film Institute and the Austrian Cultural Institute. We are often called upon for peer review by funding organisations, major academic publishers and leading academic journals.

We are demonstrably committed to extending the reach and significance of our research beyond the bounds of academia, as witnessed in:

Mazierska’s work was translated into nearly twenty languages, including French, Italian, Chinese, Korean, Portuguese, Estonian and Serbian. She is principal editor of a Routledge journal, Studies in Eastern European Cinema.

From November 2015, an internal ‘University of Central Lancashire Music Research Group’ was set up. The Group’s steering committee consists of:

The purpose of this network is facilitating communication and collaboration between all staff in UCLan interested in music. The Group met several times in the last academic year and in 16-17 May 2016 organised its first event: a 2-day conference ‘Future of Music’. It brought together experts from the world academia and the music industry for the inaugural, two-day Future Sound Music Conference Activities at the Preston Campus included;

The assembly of experts included distinguished academics and researchers from both the UK and overseas including;

The panels were designed to feature expertise covering the main areas of the contemporary music industry, including entrepreneurial thinkers, representatives from key institutions, artists, managers, and people working at the cutting edge of the digital music environment. Areas discussed included current practice, challenges being faced by the music industry, the future creation, consumption, dissemination and monetisation of music.

Another initiative of the MRG is a research project on popular music in Blackpool. This project is led by Ewa Mazierska, Peter Atkinson, Niall Scott, and Les Gillon, with two research assistants: Kamila Rymajdo and Colin Appleby. Its purpose is to establish the advantages and disadvantages of producing and performing music in Blackpool, the dynamic of different scenes and the role of music in Blackpool’s economy and its image.

Our events are listed on A University of Central Lancashire blog, UCLan Film and Media.

We invited papers that addressed the relevance of Marxism to aspects of contemporary film and other forms of moving image. We encouraged abstracts from film historians, film practitioners and all sorts of amateurs interested in the intersection between Marx’s thought (and other Marxists, such as Benjamin, Bloch, Lefebvre, Deleuze, Rancière, Badiou, Hardt and Negri, and Harvey) and film. We understand film broadly, including all forms of visual culture that project movement, including television, documentary, music video, games and animation.

2nd Marx at the Movies Conference - Marx, Cinema and the Present DayUNIVERSITY OF CENTRAL LANCASHIRE, 1 -2 JULY 2015

The first Marx at the Movies (2012) conference led to the producing of two books which were presented during the conference.

Popular music is known for its hybrid and transcultural character. It feeds on earlier styles, cultural artefacts and different art forms and travels from country to country. At the same time, it also affects other art forms, such as cinema and advertising. The conference sought to discuss the role of cultural translation in the production, dissemination and reception of popular music, in both a historical and theoretical context. The conference agenda included the following:

The Marx at the Movies forum is a platform to discuss the interface between Marxist thought and the moving image. The forum developed as a follow-up to the Movies conference, and was set up by Ewa Mazierska and Lars Kristensen. Both Ewa and Lars are interested in the relationship between Marxism and a variety of subjects, such as representation of work and the condition of neoliberal capitalism and postcommunism. 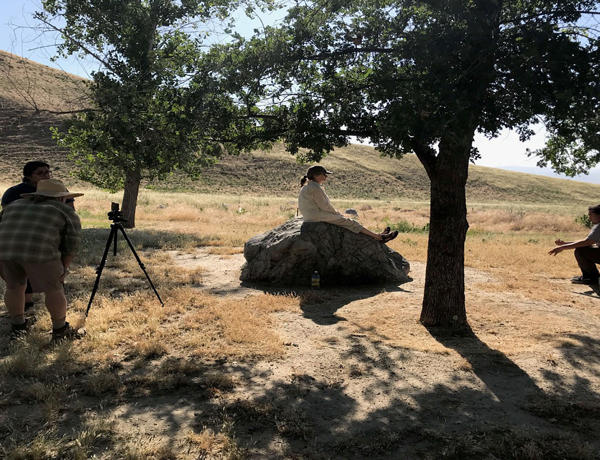 StoryLab is a skills training research initiative to develop the creative voices of participants, in pursuit of meaningful cultural contributions and employment opportunities