Alongside her studies, Zuleikha’s found time for her other passion, getting more minority ethnic women into sport and using sport to help young people. It’s earned her much recognition including appearing on the Muslim Women in Sport Network (MWSN) 2019 Powerlist. Read on to hear her inspiring story. 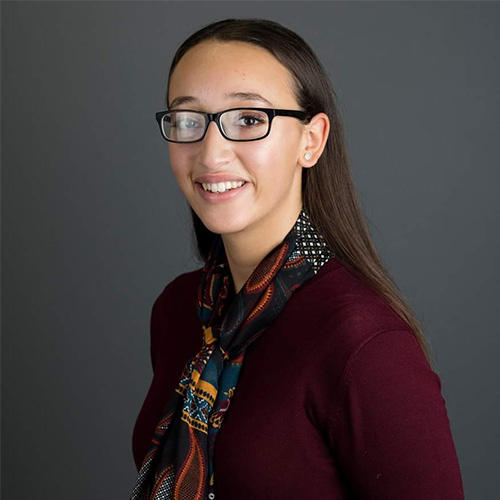 Alongside her studies, Zuleikha’s made time for her other passion, getting more minority ethnic women into sport and using sport to help young people. She’s the founder and outgoing chair of the University’s Women’s Futsal Club, who provide a safe space for women of all backgrounds to play sport, boosting their confidence and creating leaders. She’s also represented the University on the Football Association University Women’s Leadership Programme. Success led to Zuleikha being presented with the 2020 BUCS Chris Potter Bursary and the 2019 Volunteer of the Year at the Lancashire Sports Awards.

Her mission has taken her abroad too, travelling to Morocco and Greece to promote sport as an agent for change. And seen her present at the AoC Sport and English Colleges FA (ECFA) National Conference on enhancing employability through sport-based volunteerism.

Last year, Zuleikha received the University’s 2019 Sports Personality of the Year and the Vice-Chancellor’s award for Excellence in Volunteering. She’s also won an award for Academic Excellence in Sports Business Management. And in 2018, Zuleikha’s voluntary work with women’s futsal, refugee and asylum seekers earned her the British Universities and Colleges Sport (BUCS) Higher Education Hero award.

And if that’s not enough, Zuleikha has been a member of the Chartered Institute for the Management of Sport and Physical Activity (CIMSPA) Youth Panel for the past year. It’s seen her contributing ideas on becoming an active nation and improving career opportunities in the sector.

Speaking about her time as a student, she says:

“I thoroughly enjoyed my degree, it got me to think more critically and offered up lots of extra opportunities. Sport and volunteering have been a big part of my journey, developing me as a person. I’ve many transferable skills from communication, leadership and teamwork to resilience.

“I’m now researching the underrepresentation of minority ethnic women in leadership roles with a call for change in the football industry. I would like to thank my mother who’s been a driving force throughout my University years, encouraging me to pursue my aspirations and goals.”