“I have always been creatively minded, enjoying acting, writing and performing,” Jessica said. “The course appealed to my love of generating work, as well as performing it. I was welcomed onto the course and instantly felt a part of the Creative Writing team.”

Since graduation, Jessica has concentrated her time on sending her work to poetry magazines and publishers, whilst further developing her writing techniques. Having received positive feedback early on, she has now had her poem ‘Bluebirds’ accepted into Tears in the Fence, Issue 67, published at the beginning of April 2018.

Encouraged by her early success, Jessica now has eyes on a return to UCLan to study a Masters Research degree in Creative Writing.

She said: “Prior to studying at UCLan I was not aware that post-graduate study would be an opportunity for me financially; my tutors were able to bring these possibilities to my attention. 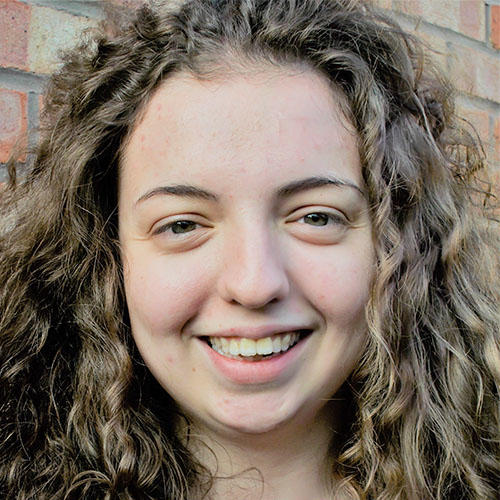 “I was also actively encouraged to begin submitting my work for publication during my period of study which has set me in good stead for beginning my writing career beyond university.

Jessica added: “It really was a pleasure to study in such a supportive and creative environment, the tutors I was fortunate enough to work with were all practitioners in their fields.

“As a Creative Writing student, it was invaluable to work with tutors with a range of specialist areas who could all offer practical, real life advice to myself as an aspiring poet. The support of these tutors has continued after my graduation; I am proud to have been, and continue to be, part of the wider UCLan community.”