UCLan Dance Performance and Teaching graduate, Cris Stanford, has stepped up his career to become a Performing Arts Teacher within secondary education as well as setting up his own theatre group.

Cris chose to study Dance Performance and Teaching at UCLan because at the time it was the only course in the UK that combined professional training in both teaching and performance with a holistic approach.

After graduating from the University in 2009, Cris focused on teaching, using a holistic approach to dance and therapy. He submersed himself in education and developing arts and performance for all.

Cris is currently working as a Performing Arts Teacher at Connah’s Quay High School in Wales. He delivers GCSE teaching in dance and performing arts, as well as being a key member of the pastoral team focusing on behavioural support. Cris is particularly proud of winning the Dee 106 Local Hero award for ‘Teacher of the Year 2017’.

Away from school, Cris opened up his own theatre group, which he cites as his greatest achievement to date. The group is inclusive to all, regardless of background, ability or circumstance, with some classes being ran for vulnerable children in deprived areas.

Reflecting on his time spent at University, Cris recounted: “UCLan was life changing for me and gave me a firm direction as to what my vocation in life would be. I was pushed and challenged and felt ready for the world of work. After gaining the foundations, I knew what teacher I wanted to be and with which type of children I wanted to develop and aspire.” 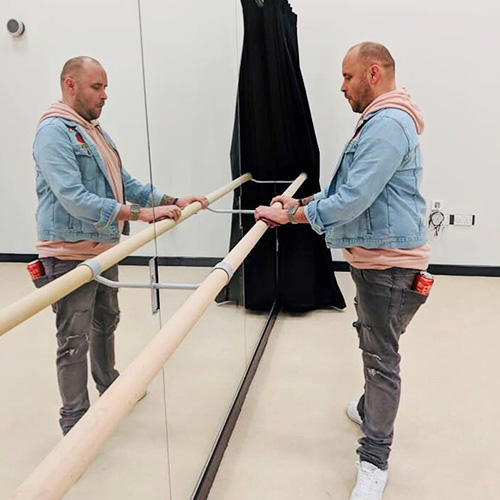 He added: “The degree shaped me as an artist and teacher and I was fully supported in the path I chose.”

When asked what advice he would give to students wanting to pursue the same studies and career path, Cris said: “I advise future students to embrace all of the opportunities, listen and develop physically and mentally. Make bold choices and stay true to the artist you want to be, as the degree offers you varied outlets on graduation.”