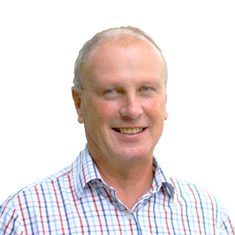 Professor of Tourism and Development
Lancashire School of Business and Enterprise

Richard's main interest and expertise is in tourism and (sustainable) development and the tourist experience. In addition to his research in these areas, he lectures on tourism and development at both undergraduate and Masters levels. He has supervised more than thirty successful postgraduate projects across a range of topics in tourism.

Richard publishes widely across a range of tourism-related topics. Two of his books on tourism and development - Tourism and Development: Concepts and Issues (Channel View 2015) and Tourism and Development in the Developing World (Routledge 2016) - are core texts on courses around the world. His book The Darker Side of Travel (Channel View 2009) remains a key resource for the study of dark tourism, a topic in which he has also published widely and which is the focus of a current collaborative project in Japan.

Having commenced his academic career in 1991 as a lecturer in tourism at the then Luton College of Higher Education, Richard held posts at a number of institutions including Northumbria University (Reader in Tourism) and the University of Lincoln (Professor of Tourism and Head of Department of Tourism and Recreation) before joining UCLan in 2007. Since then, he has continued to build his extensive research profile as well as supporting the development of tourism-related research in the university. The has included co-organising an international Tourist Experience conference in 2009 and the successful development of postgraduate research in tourism.

Richard's research focuses primarily on, first, the relationship between tourism and (sustainable) development from both a conceptual and practical perspective and, second, topics related to the tourist experience. He has explored tourism and development, including issues surrounding governance and poverty reduction, in a number of countries, and has long critiqued the concept of sustainable tourism. His 2000 paper, Tourism and Sustainable Development: Exploring the Theoretical Divide (Journal of Sustainable Tourism 8(1), 1-19) continues to be widely cited and he has recently published an invited 20th anniversary update of that paper (Tourism, sustainable development and the theoretical divide: 20 years on. Journal of Sustainabe Tourism. His work on the tourist experience embraces a broad range of topics, evidenced in his book Tourism, Tourists & Society (5th Edition, Routledge 2018), though a particular interest is the tourist experience of dark places / difficult heritage, most recently in Japan (‘Kamikaze’ heritage tourism in Japan: A pathway to peace and understanding? (2020) Journal of Heritage Tourism.