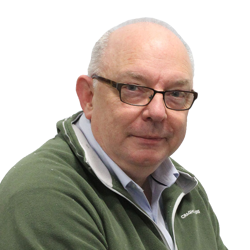 What happens to your body when you die? How long have you been dead for? Is their evidence to point to how you died? How do we find your body? All these questions fascinate Phil and he is part of a team here at the University of Central Lancashire that not only teaches what we know but also carries out research into the questions that we don’t yet know the answers to.

Phil lectures across two distinct yet linked disciplines, Forensic Toxicology and Forensic Anthropology, at both undergraduate and postgraduate level. The disciplines are linked by a subject that fascinates Phil and that is entomotoxicology, the analysis of drugs and toxins in pupae cases left behind by the flies that help breakdown cadavers. He is developing new analytical techniques for the analysis of the drugs and toxins. Phil also carries out research that assists in the hunt for the missing, by developing insights into the smell of death through the analysis of gases evolved during decomposition.

Prior to joining the University as a student and then lecturer in 2013, Phil was the directorate manager for pathology at Blackpool Victoria Hospital for several years. During his time at the hospital he managed the introduction an electronic ordering system for both primary and secondary care, was part of the design and build team of a new mortuary complex and oversaw the completion of CPA accreditation and the introduction of ISO15189 accreditation. The career that lead him to be the senior scientist and directorate manager for Blackpool started over 40yrs ago when he joined the Royal Army medical Corps as a biomedical scientist and culminated after 15yrs as the senior forensic scientist. After leaving the Corps, Phil became an analytical consultant working for countless industries across the world, including forensic, environmental, agriculture, food and healthcare. After13yrs Phil decided to hang up his flying boots and settle into a quieter life as a hospital manager. Since 1998 Phil has been the advisor on all aspects of custodial drug and alcohol testing to Her Majesty’s Prison and Probation Service (HMPPS). During his time as advisor he has introduced a blind performance challenge programme of the drug testing laboratory, advised on several tender exercises and visited many prisons. His current areas of research include the analysis of drugs in bugs, the hunt for the smell of death and how we decompose.