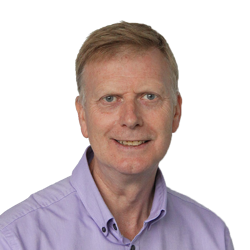 In his current role Mike works very closely with two colleagues from UCLan and the training department at Lancashire Constabulary to co-ordinate, deliver and design content and assessment for the Police Constable Degree Apprencticeship (PCDA) and the Degree Holder Entry Programme (DHEP). These are two of the three main entry points into the police since policing became a graduate profession in February 2020. Both programmes are taught via the familiar university module structure, but they are taught year round to fit in with the development of the students who are of course at the same time probationary police officers. In addition to this and previous roles Mike has been one of the main facilitators in the Hydra immersive learning suite, which was built in 2014. He and a colleague have supported the development of the suite which continues to give both undergraduate and post-graduate students an experience of real time policing and other professional scenarios to help develop their decision making skills. As a consequence of this work in the field of immersive learning, and as a result of a research collaboration with a colleague from the School of Psychology and Computer Science , Mike was invited to speak at a number of conferences during 2018/19.

Mike retired from Merseyside Police as a Chief Inspector in August 2011 after 31 years’ service. His final roles were at St. Helens as a member of the command team where in addition to a variety of other operational and managerial roles he was the Chief Inspector with responsibility for partnerships, and latterly with responsibility for operations support. His interest in training and development began in the early 1990's when he passed the national police trainers course and was posted to Merseyside Police detective training school as a specialist in investigative interviewing. He managed to re-visit training and development at various points in his professional life and indeed found time to train newly qualified police Inspectors in the management of critical incidents whilst at the same time performing other significant operational and managerial roles towards the end of his police service. Mike's career at UCLan started in October 2013 with him working on both the FDSc. in policing and on BSc (Hons) degree in Policing and Criminal Investigation. He was the module leader on the Contemporary Policing Issues module as part of the Policing and Criminal Investigation degree for 6 years until it was replaced by the Partnership Working module in September 2019, which at the time of writing he continues to lead. In October 2019 Mike was appointed senior lecturer and became the course leader for the Police Education and Qualifications Framework (PEQF) partnership with Lancashire Constabulary.