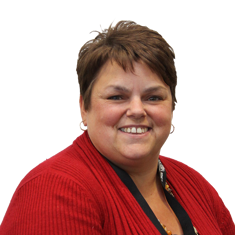 Judith has been a qualified as a Nurse for 30 years her most recent experience was working in School Nursing and specifically safeguarding. Judith as a particular interest in trafficking and CSE especially in relation children and young people. Judith teaches across a range of programmes relating to community nursing.

Judith is the course leader for the specialist community public health nursing course which is a post-registration qualification which leads to qualification as a Health visitor or a School nurse. Judith has a particular interest in teaching nurses and other professionals in supporting students in practice and has been involved in courses relating to this for over 15 years. Judith is an external examiner for other SCPHN programmes and is an active member of national groups such as the UKSC and NFSHE.

Judith is a nurse and specialist community public health nurse starting her career in 1989 and qualifying as a nurse in 1992. She has working in adult areas of hospital practice until 2000 when Judith trained as a school nurse. Judith worked in deprived areas and had a special interest in safeguarding. In 2005 she started at UCLan as a lecturer in pre-registration nursing. Judith progressed to senior Lecturer and took on roles such as admission tutor for Pre-Registration Nursing. In 2010 Judith joined the community nursing team and in 2015 became the course leader for the SCPHN programme.