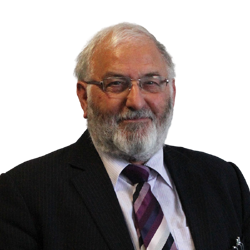 John has a background in construction contracting, working as site manager and contracts manager. John is able to apply his professional experience in industry to undergraduate and post-graduate degree courses.

After spending most of his working life in the construction industry, John began his academic career in 2009. John’s current role focuses on learning, teaching and assessment. John is academic advisor to years 2-5 undergraduate construction project management students.

During his time in the construction industry, John became an active member of the Chartered Institute of Building. John was a member of the Lancashire & Cumbria Centre of the North West Regional Branch, (as it was then called) of the CIOB, since 1990. John held the CIOB Lancashire and Cumbria officers posts of Honorary Secretary, (1991-1997 & 1999-2001), and Centre Chairman (1997-1999).