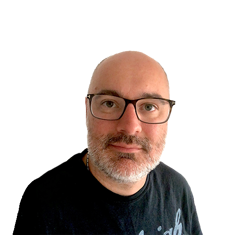 John’s research focusses broadly on journalism and spans how publishers innovate and incorporates action research projects exploring how the news media could harness Internet of Things and related platforms and experiences. This work includes the Google-funded NewsThings and SenseMaker projects, creating an IoT content management system and exploring how conductive ink and web-connected print could be used in editorial contexts. John is also a member of UCLan’s Civic Drone Centre team, which is exploring how next generation unmanned aerial vehicles can be used in a variety of contexts, including the media. It’s most recent project is the €1.4m Aerial Uptake project, funded by Interreg. John also teaches innovation and multimedia journalism techniques and theory at UCLan. He is also a Fellow of the Royal Society of Arts and collaborates and partners World Association of Newspapers and News Publishers’ Global Alliance for Media Innovation.

John has been involved in and led a wide spectrum of co-design and participatory design research and innovation projects. These span the EPSRC funded Bespoke and Interactive Newsprint projects, Google-funded NewsThings and SenseMaker and innovative projects around web-connected paper, which has been supported by the Higher Education Innoation fund. He has spoken and keynoted at a wide range of industry and academic conference. These include the World News Media Congress, Medientage München, Behind Local News, British Human Computer Interaction and Digital Media Europe. His research is conducted in collaboration with industry. Current and previous partners include Reach PLC, Penguin, Preston FM, Haymarket Media and JPI Media. He also works with design agencies, technology start-ups and cultural institutions such as Preston's Harris Museum. He has collaborated with a range of academic partners, including the University of Surrey, University of Dundee, University of Newcastle, Falmouth University, Lancaster University, Pontifical Catholic University of Rio Grande do Sul (PUCRS) in Brazil and University of Beira Interior (UBI) in Portugal. Since 2015, he has also advised and collaborated with the Global Alliance for Media Innovation, a project operated by the World Association of News Publishers.