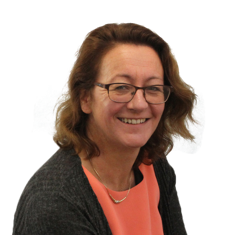 Reader in Choreographic Practices
School of Arts and Media

Sara teaches across all years on the Dance course at UCLan and specialises in choreography, trans-disciplinary site-specific work, community practice and research methodologies. As a choreographer, director and creative facilitator, Sara’s focus has been upon producing high quality practice and accompanying text-based dissemination. She has created an extensive portfolio of performance and installation works, through a sustained commitment to challenging the borders and boundaries of dance, receiving numerous national and international commissions (1996 – present).

Passionate about embodied and lived-experience, Sara has published widely in the fields of choreography, site-specific, and collaborative work. Her work extends across traditional disciplinary boundaries into ethnography and cultural mapping. Sara has received consistent and significant funding and external support, from within and outside of academia, building long-term, national and international partnerships. She has made over 30 national and international bespoke and touring works, many with Bodies in Flight www.bodiesinflight.co.uk

Sara leads the Dance and Somatic Research Group (DSRG, part of UCLanDance). Her consultancy work crosses cultural and educational contexts, often specialising in work with Looked After Children (LAC), building resilience and developing safe and nurturing spaces with adults and young people. Her recent work has foregrounded dwelling as a practice, connected to both outcome and process, across a wide range of research and pedagogical contexts. Recent publications relating to this practice include, ‘Dwelling in the in-between’, Choreographic Journal, 10 (2) 2020 and ‘Employing dwelling to re-consider individual and collaborative relationships to pedagogical practice’, Journal of Dance & Somatic Practices, 10 (1) 2018.

Sara has been at the forefront of Practice-as-Reseach (P-a-R) in performance since 1990, developing and realising a refined artistic practice within a deeply reflective and purposeful research agenda. Her practice continues to challenge not just what dance is, but where it may take place, infront of whom and who might be involved.Her work is innovative, keenly observed, and realized prolifically. The inter-dependence between Research, Teaching, Learning, and Professional Practice is key. In part, Sara’s reputation at the cutting-edge of performance practice and dissemination is derived from her long-standing and sustained work with Professor Simon Jones (Bristol University) through their company Bodies in Flight.

Since 1990, Sara has choreographed over 30 national and international bespoke and touring works (performances/installations/films). These include a range of dance/performance works challenging themes of artistic and community engagement with place and space. A 2012 commissioned project Gymnast, created in response to the London 2012 Games, was made for gymnastics clubs, theatres and galleries, and alongside her gallery work, Still Moving: Moving Still, was taken to the British Council showcase, as part of Edinburgh Festival (2012). From June to September (2012) four short films made as part of Gymnast, were screened daily across all 23 of the BBC’s city centre Big Screens erected for London 2012, and broadcast to a footfall of 3.4 million. The Dream-Walks, a series of site-specific ambulant performances, were made and performed in Singapore (2009), Nottingham (2010), Bristol (2010), Wirksworth (2011), Skegness (2012 and 2013), and as part of two AHRC funded projects, the Connected Communities programme in Cardiff (2014), and a Heritage Lottery Funded project, Know Your Bristol (2016). Sara reflects upon these performance walks in ‘Dwelling in the in-between’, published in Choreographic Journal, 10 (2) 2020 and with Professor Jones (2015 and 2013) in From Work to Play: making Bodies in Flight's performance walk Dream-work. In: Nancy Duxbury, WF Garrett-Petts, David MacLennan (eds) Cultural Mapping as Cultural Enquiry. Routledge, London, pp. 303-318 and in Working the Middle Ground: Making Bodies in Flight's Performance Walk. In: Animation in Public Space Through the Arts: toward more sustainable communities. Almedina, Coimbra, pp. 140-160. Committed to challenging the borders and boundaries of dance, recent commissions include Dance4 and Lakeside Arts co-commission of Bodies in Flight’s Life Class (2020-ongoing); and Birmingham International Festival and DanceXchange’s commission of Still Moving: Moving Still (2018). An earlier version of Still Moving: Moving Still (2013) was the first piece of choreography to be commissioned and presented in the gallery spaces and walk-ways of Nottingham Contemporary and was developed from a (2012) performance and accompanying 3 week installation made for Arnolfini Gallery, Bristol, as part of a major AHRC funded project, Performing Documents. A seven screen video installation, Still-ing, presented at Talking, Thinking, Dancing, commissioned by International Centre for Choreography (2017], drew upon Sara’s post-doctoral work, and was one of two works representing the UK at the Artistic Doctorates in Europe (ADiE) inaugural event. Subsequent writing, ‘Some thoughts about Writing’, is published (2019) in Researching (in/as) Motion: A Resource Collection, Artistic Doctorates in Europe, (eds.) Jane Bacon, Rebecca Hilton, Paula Kramer, and Vida L Midgelow, Theatre Academy, University of the Arts, Helsinki: Nivel 10 and is available online at: nivel.teak.fi/adie

Sara’s research has consistently challenged audience-performer relations. Gymnast (2012-13) drew together many of her long-term research concerns, including the exploration of the encounter between flesh and text, through work with The Night Bus Choir. Siting the work in gymnasiums, theatres, galleries and on the BBC big screens in 23 city-centres, explicitly reinvigorated the conventional configuration between performers and audiences, often placing audiences in close proximity to performers. Constants (1999), had extended this reach via the integration of digital technologies; placing the audience within the action to recreate a communal, multi-centred experience; using purpose-built cameras manipulated by the performers, framing and displaying the body in order to interrupt its inherently politicised readings and examining the seduction of the mediated and the practical and critical possibilities that affords.

Double Happiness (2000) complicated this fascination with the intersection of bodies and words through the encounter across cultures through a collaboration with Singapore-based artists spell#7. This produced web and performance events and considered the implications for live performance when interrupting space-times through the use of web cams, laptops and projection screens. Her touring works have always straddled professional and academic, national and international contexts and have befitted a range of audiences and commissioners. Skinworks (2002), toured extensively including, as part of a British Council programme, at The Esplanade Theatre’s Year of Living Digitally (Singapore). Digital outputs; Skinworks for Ears and Skinworks for Ears & Eyes included broadcasts on Braingell and Resonance FM (2005 and 2006). Who by Fire commissioned by Opera 2004, toured nationally and closed the opening day (through performance and plenary) of the 2nd International P-a-R Conference (Univ of Leeds).

Double Happiness was broadcast through Arts Central TV, Life Class as part of Notts TV (2020). Challenging existing modes of traditional dissemination, through the use of new-technologies and face to face encounters, has been central. Her outputs have been deliberately wide and varied and have included traditional text-based products but have also continued to contribute to, and move forward, a growing understanding of P-a-R and the forms and outputs it can, might and should take. Sara’s commitment to live practice, whilst acknowledging and challenging the contribution that technologies can make to transient work, led to the Bodies in Flight CD-Rom, Flesh and Text (2001), one of the very first archives of its kind. Flesh and Text contributed to the increased awareness within the field regarding the possibilities for digital technologies for critical reflection, and helped address the urgency to conserve and disseminate archives of dance and performance. A specially commissioned two-screen video installation, which drew upon material from the CD-ROM, was shown at Arnolfini Gallery (2001), Bonington Gallery (2002) and then re-commissioned as part of the National Review of Live Art (2003). From 2009-15, as one of seven researchers invited to be part of an international, interdisciplinary research project; Making Artistic Inquiry Visible, Sara extended her research into social sciences through the umbrella of Cultural Mapping.

Beginning with a commissioned research residency in Banff (Canada, 2010), and continuing through international conference presentations, she co-authored two book chapters in 2015 and 2013. This work in the social sciences had begun with Renewed Methodologies (1998-2010), a collaborative research project with ethnographer Professor Maggie O’Neill, with women working as prostitutes, which led to the development of a series of artworks entitled, Not all the time … and a range of accompanying critical writings and digital manifestations.