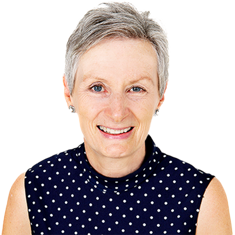 Kim teaches criminal law and criminology. She also supervises undergraduate and postgraduate projects, LLMs, PhDs on law in action and phenomenology Her research interests and publications lie primarily within the law in social contexts, particularly 'hate crime', and human rights. She is a Fellow of the Higher Education Academy.

As well as teaching and research Kim has published widely in various international journals connected with interpersonal violence, including hate crime, but not exclusive to this. She writes for academic and wider public audiences, including in The Conversation, where her topics engage with current affairs in diverse contexts, from sexuality to exile of extremists.

Kim’s early work was supported by Economic and Social Research Council funding, into social exclusion and education. She was one of the two leads on an Innovate UK funded Knowledge Transfer project, rated ‘Very Good’, into ‘Raising Aspirations in Secondary Pupils.’ She has undertaken training into restorative practices, and produced conferences on restorative justice in various contexts. Kim was also the Principal Investigator and Hate Crime Consultant on an externally funded research project on restorative justice, hate crime and Community Rehabilitation Company involvement. Her work in hate crime developed from involvement in an EU Daphne 111 funded project contribute to the protection of children, young people and women against all forms of violence and attain a high level of health protection, well-being and social cohesion:. When Law and Hate Collide: Perspectives on Hate Crime. This internationally collaborative project produced significant reports, articles, books on ‘Hate Crime’ from various perspectives. From this she developed and led the ‘The UCLan Peace and Justice Studies Network’ , and is the Lead for Access, Integration and Inclusion for the MIDEX Centre. (Migration, Diaspora and Exile) Kim gives public lectures, for example on hate crime, and has also spoken across the UK, the United States, and Canada. She has been interviewed by Tony Leveson on Radio Five Live Drive 16/10/2018 on the announcement of Law Commission proposed discussion on Misandry and Misogyny as ‘hate crimes.’ Kim was invited to the House of Commons to the launch of the ALL PARTY PARLIAMENTARY GROUP ON HATE CRIME ENQUIRY and report: How can we build community cohesion when hate crime is on the rise?’. This is following her submission of a written suggestion regarding community cohesion in August 2018,. As a result UCLan is referenced as a contributor to the subsequent report. She has organised a number of significant events and conferences, as well as a video competition on raising awareness of hate crime for school children in the UK, Sweden and Germany

Kim writes for both academic and more general public. She is currently completing chapters for books on Misogyny as a hate crime, Hate crime and Extremists, and a book on Hamlet and Security Issues. Her research projects are collaborative, and have focused upon the law in action, rehabilitation of offenders, improving victim support., and improving life chances through education.