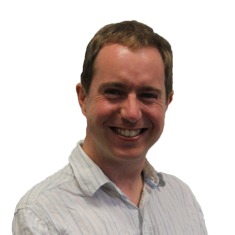 Jon is a music lecturer, the course leader and admissions tutor for the MA Music, an active practice-based researcher, and leads the Something for Everyone project facilitating publicly accessible arts workshops.

Jon teaches composition, performance, research and project management at undergraduate and postgraduate level as well as supervising postgraduate research students. His research is largely practice-based leading to performances, installations, exhibitions and album releases. His public engagement activities often involve community arts groups as well as research dissemination and the showcasing of student work. Jon is the course leader and admissions tutor for the MA Music course.

Jon began teaching at the University of Central Lancashire in 2002 whilst part-way through his PhD in Music Composition. Jon’s practice-based research outputs have led him to present work at the university on many occasions including Out of Time (2004), theybreakinpieces (2004), the 25 Hour Day (2017), the Preston Jazz and Improvisation Festival (2018 and 2019), the Exploring Musical Improvisation conference (2018), and an exhibition at the PR1 Gallery (2018). He has been involved in several large-scale Preston-based events outside the university including the Other Worlds series (2015), the Last Battle (2015) and Four Stories (2019) whilst also performing around the country and having his music played and exhibited internationally. Through his Something for Everyone project, Jon supports a number of ongoing community groups on the campus including the Rhythm Jam drum circles, Jigsaw free improv workshops, and classes in conga and djembe drumming. As part of this project, he also leads the Worldwise Samba Drummers, is deputy leader of the Preston People’s Choir, co-leader of the Preston Scratch Band and accompanist for the Preston Samba Dancers. Other events he has organized at the university include the Trans-Pennine Electroacoustic Music Concert (2006 with Paul Greene), Binaural Audio Art Symposium (2007), Binaural Audio Concert (2009) and Phil Minton Feral Choir (2010). He was part of the team who put on the Preston Jam improvisation festival (2017), forerunner to the Preston Jazz and Improvisation Festival, and more recently organized the Something for Everyone taster days (2019, 2020).

Jon is part of the electroacoustic improvisation duo Third City with Dan Wilkinson, a project allowing consideration of the improvisational roles taken when acoustic and digital musical instrumentalists perform together and incorporate live sampling. He has an interest in the spatialisation of sound in music which currently covers (i) the use of in-ear microphones to record soundwalks as an improvisational practice, (ii) the use of in-ear microphones to record musical improvisations from multiple-points of audition, (iii) the use of distributed instrumentalists performing amongst a mobile audience. Some of Jon’s research is interdisciplinary in nature through collaborations with dancers such as Giorgio De Carolis. His research also covers interdisciplinary performance pedagogy as well as music pedagogy.