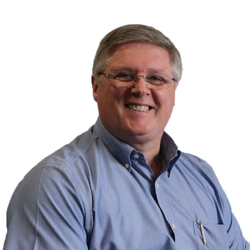 Bernard retired from Greater Manchester Police in 2009, having completed 30 years service. With a background primarily in the uniform sector, and more specifically specialising in youth justice, undertaking a successful secondment for a number of years with a Youth Offending Team and multi-agency criminal justice partner agencies. Bernard has been course and module leader for the successful Foundation Degree in Policing. Bernard is a member of the school Ethics Committee.

Bernard served as a police officer with Greater Manchester Police for 30 years, with a specialist background as a youth justice worker in a multi-agency criminal justice partnership setting (specialist work included assessment and management of young people who sexually offend). Bernard now lectures on the BSc in Professional Policing course at both the Preston and Burnley Campus. Bernard is a module tutor for FZ1750 (Initial Policing Knowledge and Skills), FZ1752 (Initial Core Policing), FZ2752 (Continuing Core Policing) and FZ1048 (Introduction to Policing)

Bernard joined the University in September 2010 as an associate lecturer with joint responsibility to establish the Foundation Degree in Policing at the UCLan Burnley Campus. In 2017 he was appointed as senior lecturer and course leader for the Foundation Degree in Policing. Prior to working at the University of Central Lancashire, Bernard worked as a police officer for Greater Manchester Police during which he pursued part-time academic qualifications. On retiring from police service Bernard attended Edge Hill University where he completed his PGCE. He became a Fellow of the HEA in 2012. Bernard graduated from Liverpool Hope University with an Honours degree in American Politics/IT (2004) and an MA in Criminal Justice (2007). He achieved a further undergraduate degree from Nottingham Trent University (2008) and an MEd from UCLan (2012). Bernard completed his Professional Doctorate in Criminal Justice Studies in 2014 with the University of Portsmouth with his thesis entitled Police learning in the university context: Student perceptions of the classroom environment.